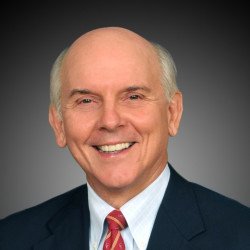 Danny C. Aderholt is the founding Principal of Century Equities. He graduated from Mt. Lebanon High School in Pittsburgh, Pennsylvania and from the University of Pittsburgh in 1972. He completed work toward a MA degree in Theology at the Fuller Theological Seminary in Pasadena, California. After serving seven years as an Area Director for Young Life, a non-profit, worldwide, interdenominational Christian organization, Mr. Aderholt became involved in private business in the Wheeling, WV area. Since 1979 he has been involved in structuring of real estate acquisitions and development on a personal level and for private individuals and corporations. Mr. Aderholt formed Century Equities in 1984 and has led the company since that time. Century has been active in a broad spectrum of real estate transactions, including Net Leased acquisition/development, hospitality, residential development, 1031 exchange, and tax credit structuring.